Sly Cooper and the Thievius Raccoonus

Plot Summary
The game begins with Sly Cooper on a rooftop in Paris talking to Benley on his binocucom, and a small tutorial begins. After the tutorial, you have to steal a police file from Inspector carmelita Montoya Fox's INTERPOL office. Once you steal the file you are caught and introduced to Carmelita, whom Sly later falls in love with. After a quick escape, you see Sly's backstory. Sly comes from a long line of master thieves who wright everything in a book called the Thievius Raccoonus. When Sly was young, his parents were murdered by the Fiendish Five.

The Fiendish Five tore the pages from the Thievius Raccoonus and spread to different parts of the world. Sly ended up in the Happy Camper Orphanage, where he met his best friends Bentley and Murray, and formed the Cooper Gang. Bentley is the brains, Murray the brawn, and Sly is the thief. Once out of the orphanage, The Cooper Gang decided to steal back the pages of the Thievius Raccoonus so Sly could become a master thief . The first pages were in Sir Raleigh's fortress. Sir Raleigh was a frog born into riches and nobility, but soon became bored with it and joined the Fiendish Five. Once all the main missions were complete, Sly faces Raleigh and defeats him, earning back the first pages of the Thievius Racoonus.

After leaving Haiti, the gang moves on to the Kunlun Mountains in China to face the Panda King, who specializes in Flame Fu. After completing the china missions, Sly retakes the pages from the fallen Panda King. After the Panda King is defeated, Sly goes on to the leader of the Fiendish Five, Clockwerk. Clockwerk is a mechanical owl that lives on hate. Upon arrival, Sly finds Carmelita trapped and saves her. They then work together to destroy Clockwerk. After the battle, Sly Cooper fully restores his families book, and becomes a master thief!
Easter Eggs
Credits Bonus Level: The credits is an easter egg level in The Sly Collection (ONLY IN THE SLY COLLECTION) where as bentleys hacker avatar, you can destroy the credits. To find this bonus level, you have to enter Sly Cooper and the Thevius Raccoonus and make sure youve completed the game. While in the hideout, go into the movies section and highlight over "The Credits". Hold L1 and then press X. Alternate credits appear, but for the Sly Collection (but is not quite the same as the one in the Sly Collection menu). after a few seconds, the green Bentley Hacker Avatar will appear, and you can move around, shooting the credits. Try destroying every word to achieve the 100% goal at the end. To do this, First head
to the top of the screen as soon as the hacker appears, and destroy the first words "The Sly Collection" or "The Sly Trilogy" and shoot them. Then destroy the rest of the words before they reach the top of the screen, or they will be lost. After 3-4 miniutes nothing will appear for a while, then the final words "The End" will appear, shoot it and a percentage will appear as to how many words have been shot.
Photo Album 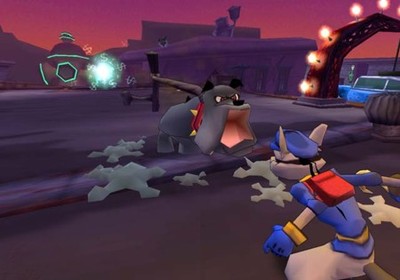 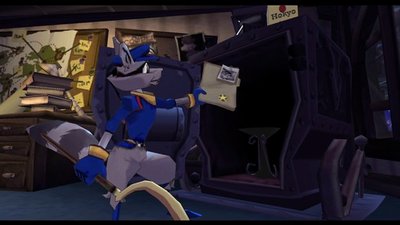 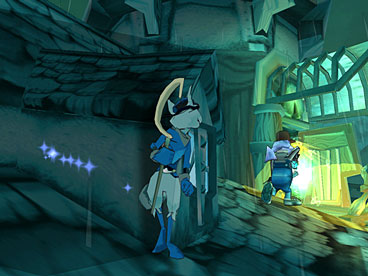 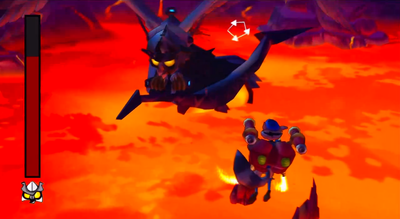